Monday, April 2nd 2012 by Tony S. Botros
Returning from a vacation in Mexico, Davis House was questioned and briefly detained at Chicago’s O’Hare Airport.  House’s bags were searched and Custom Agents ordered House to turn over all of his electronics, including his laptop.  House was also ordered to give up his passwords and encryption keys, which he refused.  After refusing, House was taken to a detention room where he was questioned about his association with Bradley Manning.  Manning, a WikiLeaks suspect, was arrested in Iraq on “suspicion of having disseminated restricted material” to the website.  The agents questioned House about an Internet support group he had set up condoning the government’s treatment of Manning.  During the interrogation, the agents informed House that they were seizing his laptop along with other electronics.  House’s laptop and other items were held for 49 days before being returned. 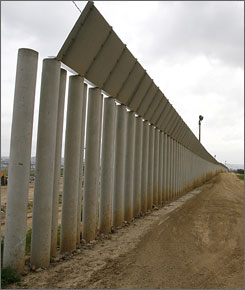 In May of 2011, the ACLU, on behalf of House, filed a federal lawsuit claiming that the search and seizure of House’s laptop violated his “First Amendment rights of speech and political association” and his Fourth Amendment right against unreasonable searches and seizures.  Under the “border exception rule,” those reentering the United States can be searched without a warrant and courts have allowed searches of laptops without any reasonable suspicion of wrongdoing.
It would appear that the border exception rule would alleviate the government for any civil liability concerning its conduct of House’s laptop.  However, on March 28 of 2012, U.S. District Court Judge Denise Casper denied the government’s motion to dismiss House’s case.  The judge found that the government’s search and seizure may have violated House’s First Amendment rights, regardless of the border exception rule.  Specifically the judge found that even though a border search did not require particularized suspicion, it did not “necessarily follow that the agents . . . may seize electronic devices containing expressive materials, target someone for their political association and seize his electronic devises” to review his association with Manning and others.
The ruling means that House’s lawsuit may have some legs.  The case may answer questions about the reach of the border exception rule.  It appears that ordinary border searches and seizures of laptops are permitted and should remain constitutional.  However, a future court may decide that if a border search is motivated by a person’s particular political association, his First Amendment rights may be violated regardless of border agents lack of need for particularized suspicion.